It's been really long since I stopped playing around with my speedlite, a year at least. Now I just bought a soft box and it's time to pick it up again.  I realized I've forgotten many things already; for example, my rule of thumb of how much power I would need to start with.


I didn't order any light stand, thinking I might be able to use my extra tripod. Well, it can't hold the softbox stand, so I laid it on the table and adjust the subject and camera angle in relation to the light instead. So the opposite. haha.


This 2x2' is a good soft box.  But that's it. It doesn't amazed me more than my make-shift light box made out of cardboard with white paper taped around. See the example below of overhead-lit toys. Looks just like putting them in my cardboard box.


The grid works, but not as well as I expected.  When I tried the long rectangular softbox in Google studio, it was amazing. This grid doesn't limit very well, but 2x2' box itself has a horn-shape, probably spreading the light with bigger angle already. I should have ordered a rectangular soft box instead. I was looking for rectangular box a while ago, but I forgot how I changed my mind to square box. Probably the price. Maybe this will be better for portraits.

I gotta try some more with other objects and daylight balance another time.

For portraits, I think it looks softer and more pleasing now though. Definitely not beauty dish smooth, but not bad.


This time I tried to see if I can use ETTL. It kept over-exposing even after I decreased flash exposure compensation by one stop. Without that and light meter, I should recalibrate my rule-of-thumb light meter scales (Power v.s distance v.s f/stop) so I can guesitmate quicker.

Focusing was hard in a very dimly lit room. 1/200 and f/5.6 kills the ambient enough that I didn't have to turn everything off. Other than that, manual metering with auto focus worked well for this self-portrait test. Way easier than back button focus in this strobe setup for self-portraits.

Now that I got a soft box, I need a light stand and a backdrop. Look at all the cluttered background.
at 1:21 AM 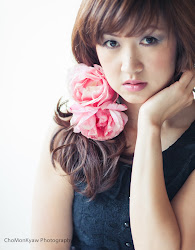